When I close my eyes and think of Italy, it’s usually memories of Cinque Terre that come to mind.  Cinque Terre with it’s colorful towns clinging to cliff-sides and the blue green Mediterranean crashing on the rocks below.

Pictures of Cinque Terre were what had originally spurred me to ask for a honeymoon in Italy and we quickly agreed to spend the third and splurgiest week of our travels there.  We arrived by train, and the property manager led us up through the twisting streets of Manarola (the second of the five small, car-free towns) to the little apartment we’d rented.  The doors and windows of the apartment were shuttered tight, and I remember with clarity the look of glee on the manager’s face as he led us into the dark bedroom, and dramatically threw open the doors to the terrace.  It must have been his favorite part of the job, seeing the look on people’s faces as they took in that view for the first time and ours were surely no disappointment.  The apartment had a large terrace overgrown with grape vines and looked out on the rest of Manarola, the terraced hills, and the sea.

That week in Cinque Terre was like a dream.  Visiting all the little towns, we tried the local seafood specialty (a combination of clams, shrimp, fish, squid and langostino) cooked a half dozen different ways—as a cioppino; breaded and fried; sauteed in a wine sauce over pasta; as a sort of paella; grilled with vegetables—each variation better than the next and oh-so-fresh.  We’d collect pesto, bread, and local wine while we were out for the day, and bring it back to enjoy at our apartment while spending lazy hours taking in the unreal view from our terrace.  Often we’d hike in the hillsides from town to town or walk amongst the gardens growing on the terraced hillsides.  We meandered through olive groves and saw lemon trees heavy with fruit.  Sometimes we ate gelato and most afternoons we’d make our way over to Monterosso al Mare to rent an umbrella and a couple of beach chairs.  Hours were spent napping and reading in the sun, taking turns fetching more gelato, and most wonderfully, swimming in those clear blue-green waters.  One lazy afternoon we found a dozen tiny orange kumquats floating in the water, lost from someone’s lunch or fallen off a tree, and we spent hours playing toss with them in the sea, taking turns hurling the little orange fruit into the air, while the other made a spectacular dive to catch it, the warm Mediterranean waters catching us as we fell. 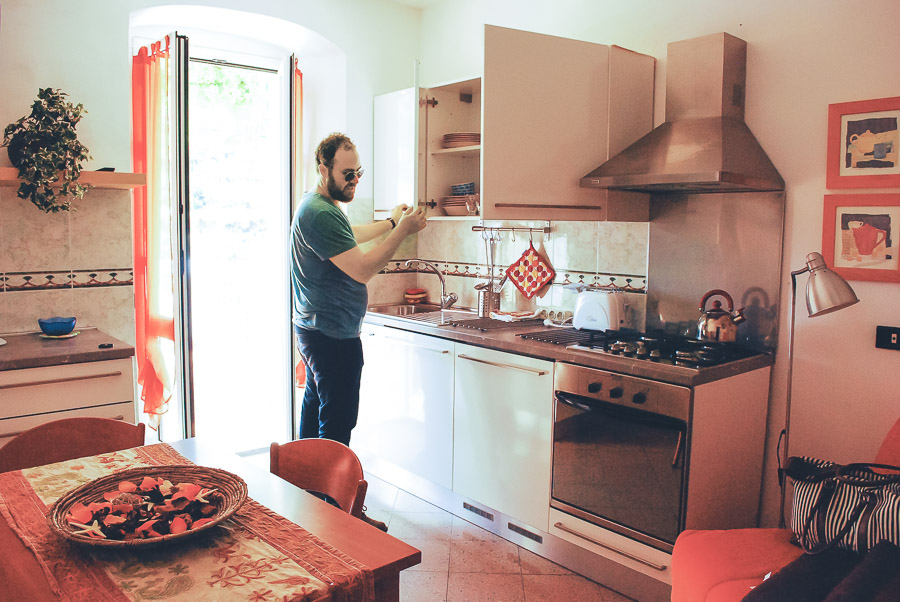 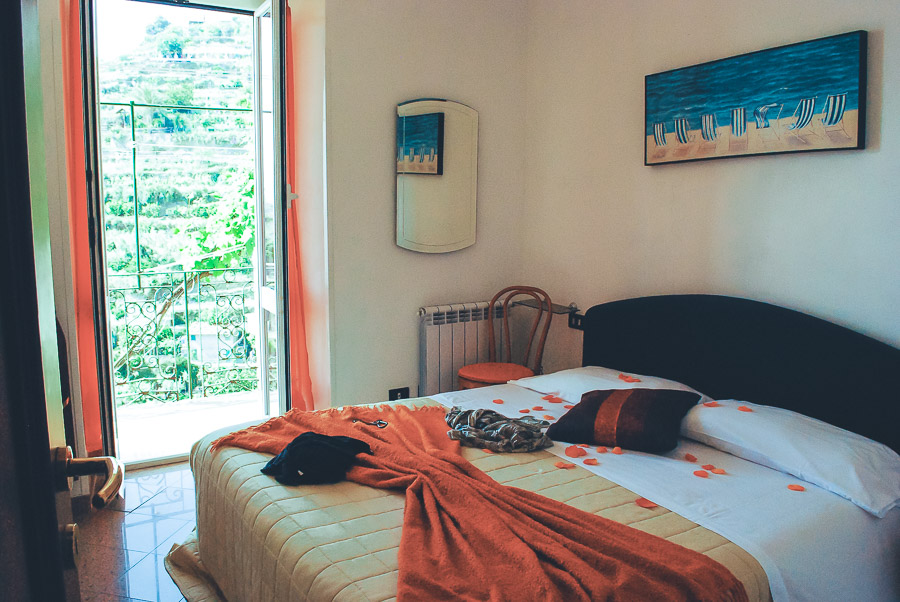 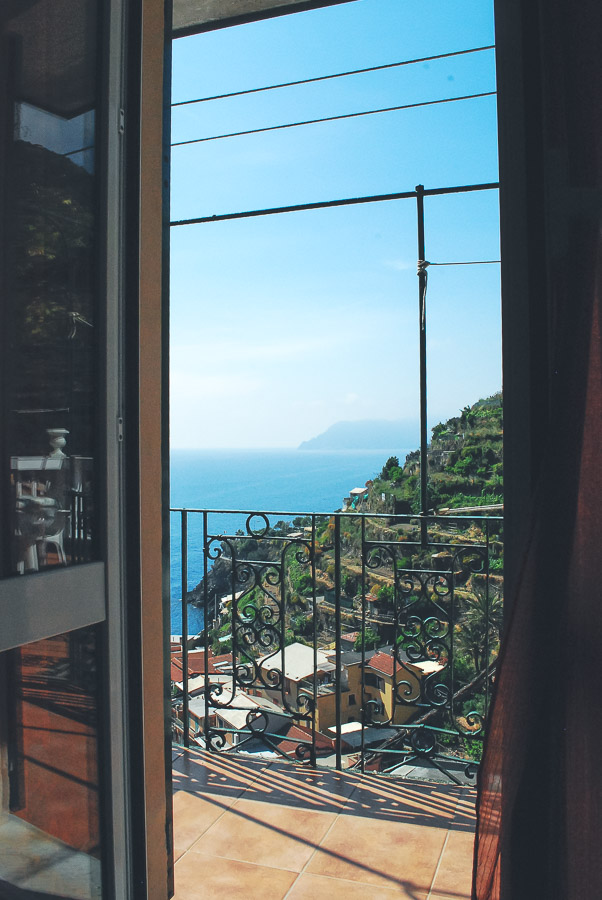 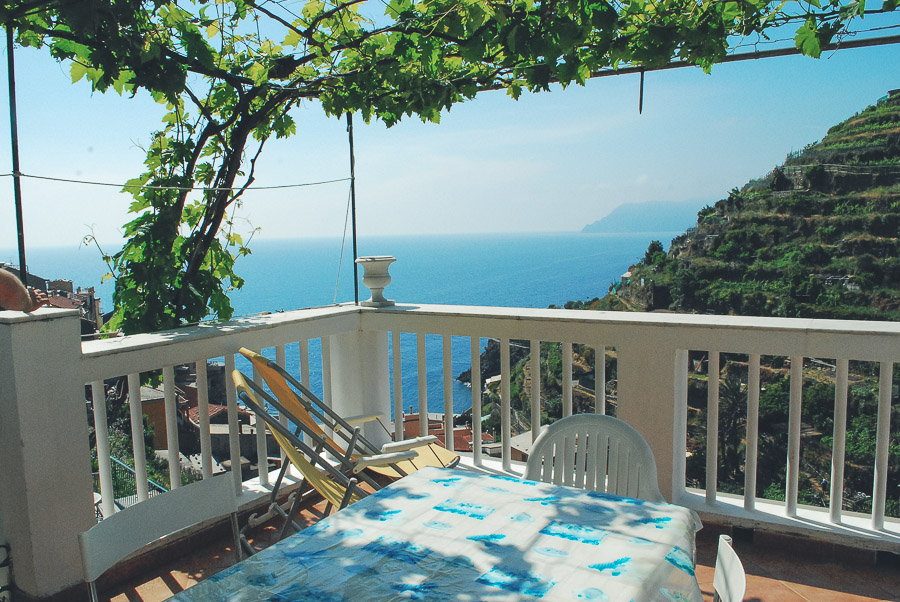 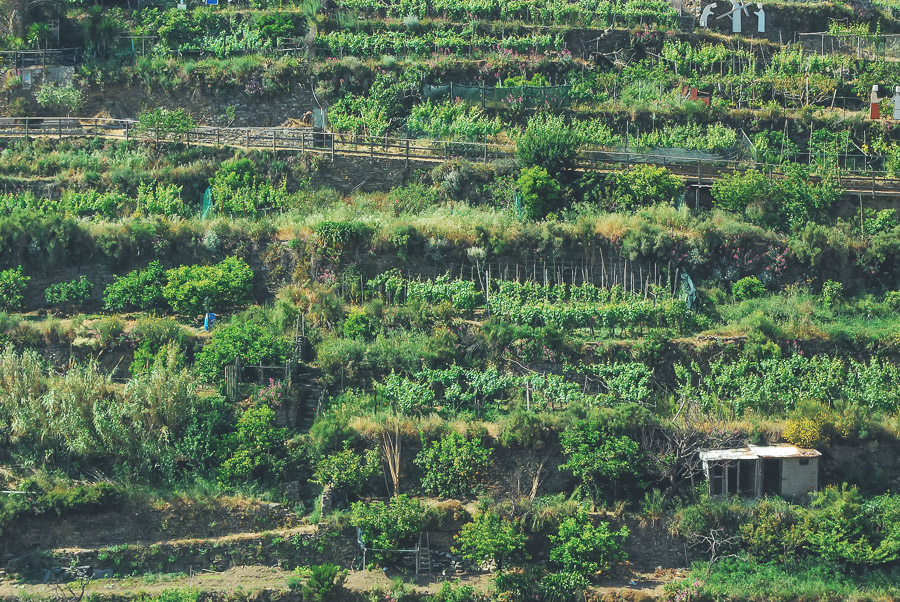 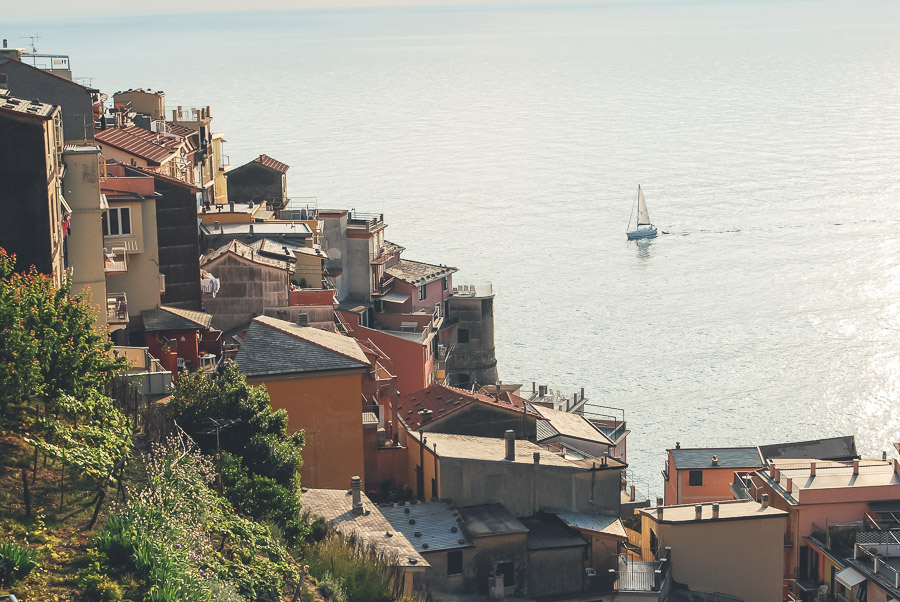 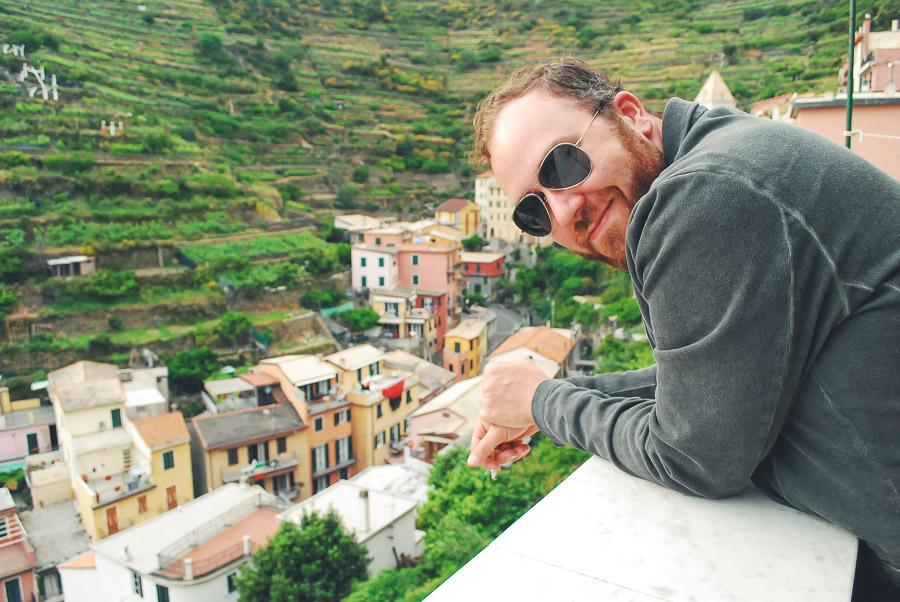 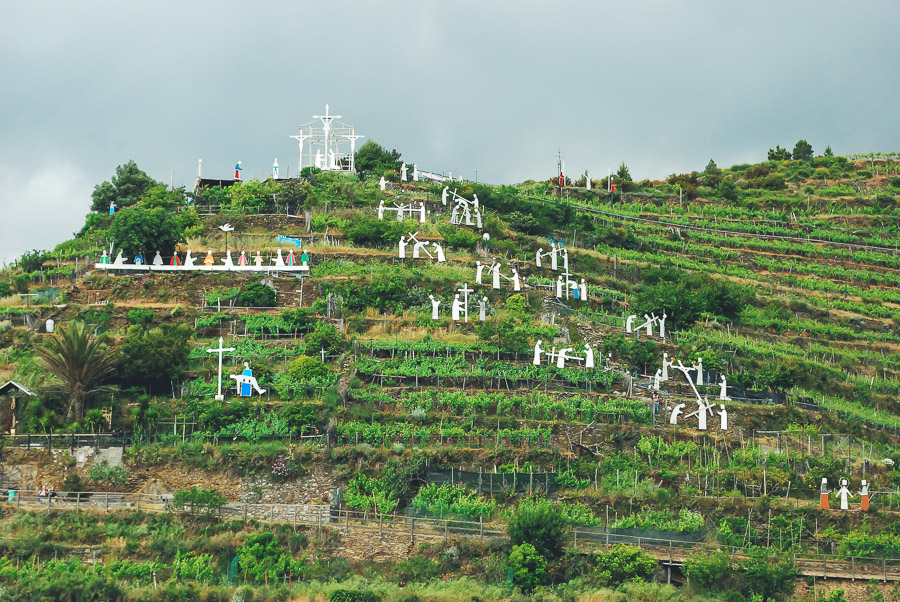 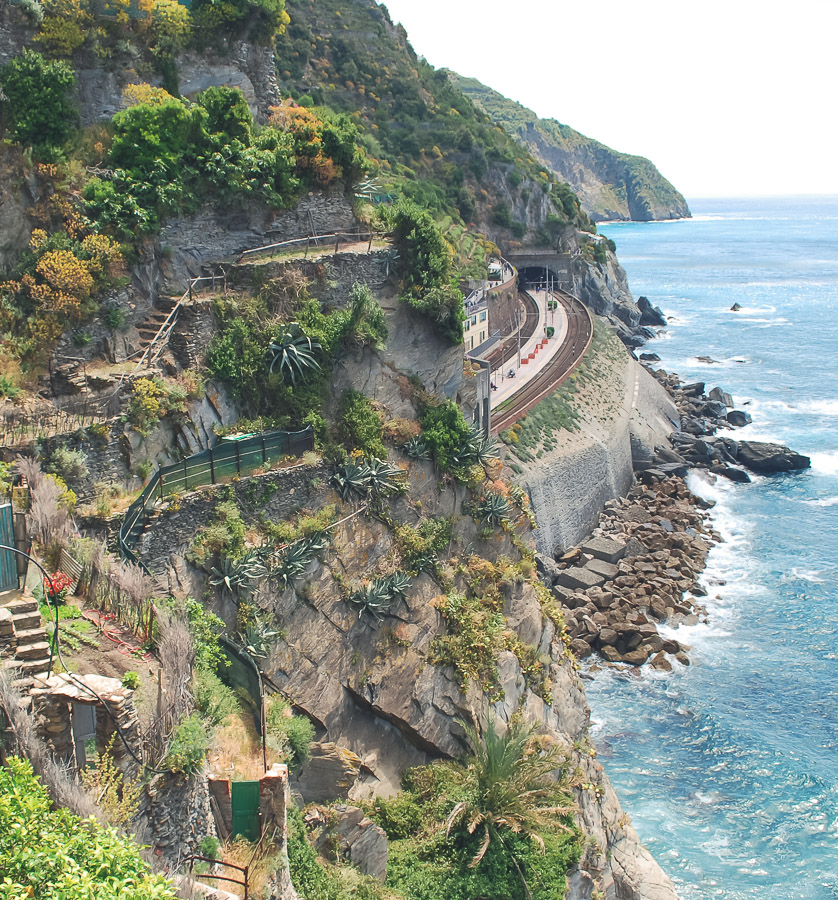 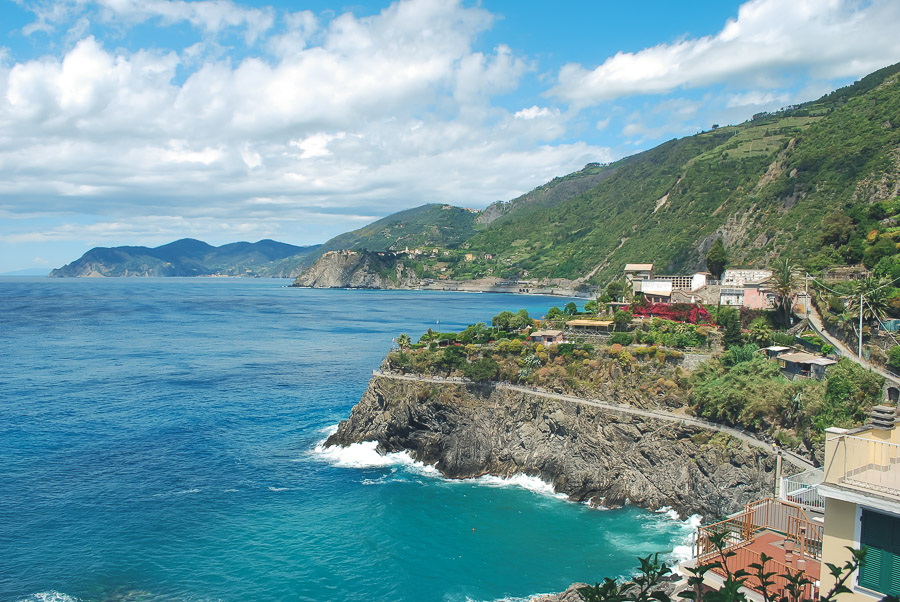 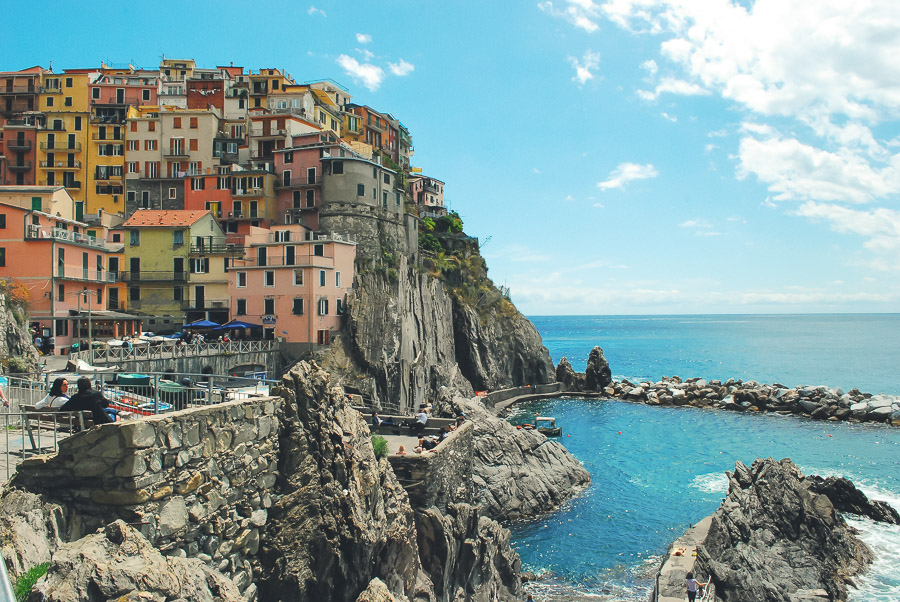 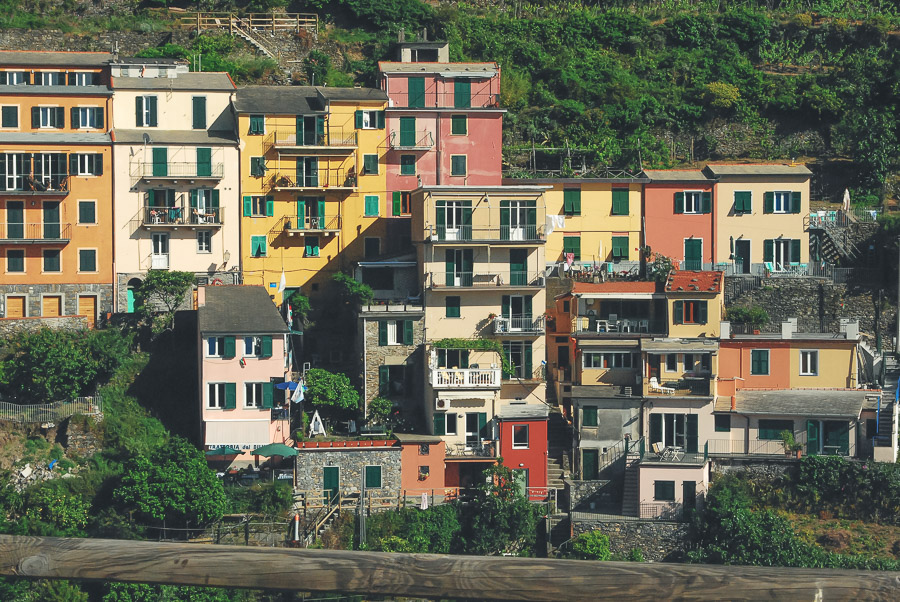